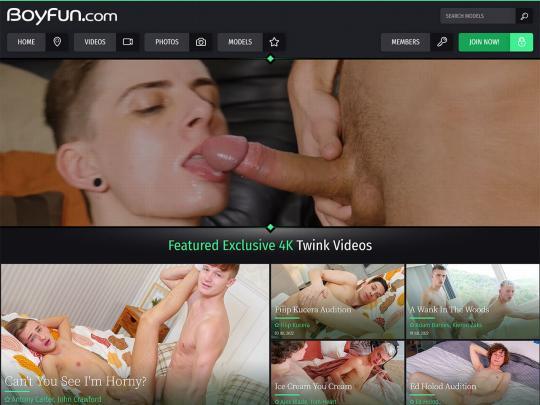 Besides professional male actors, you’ll also see many amateurs and first-timers. Most of the guys are white, but you’ll come across some sexy black studs from time to time. Most of the scenes they star in don’t have complicated setups, as these boys don’t like to beat around the bush. They just want to find a hot guy to fuck with and get straight to the action. As for the user interface, you can expect handy usability features and easy navigation. Just keep in mind that Boy Fun has more than 400 scenes that can’t be streamed or played on your mobile. But these are the site’s oldest scenes, and you’ll probably want to focus on the newer ones anyway.