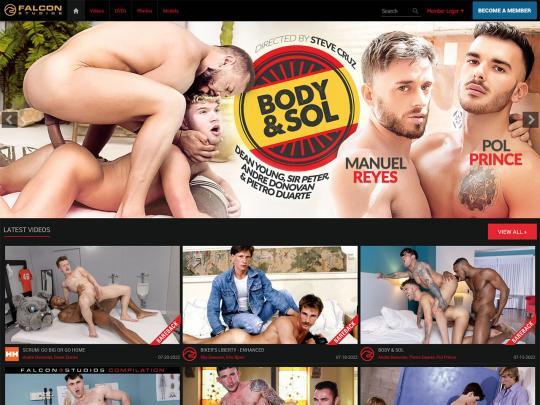 In the beginning, they used to shoot videos in which the performers wore condoms, but nowadays, Falcon Studios is all about hot gay bareback fucking. There are hundreds of videos that you can enjoy in Full HD quality, while the newest ones come in even crispier 4K. At the moment, you can expect 2 to 3 updates a week, and more than 3,000 exclusive gay sex videos in their collection. The biggest and possibly only significant drawback of this mega-site is that it doesn’t enable downloads. That was disappointing to find out, but everything else is in order, plus they make up for it by giving you access to Hot House, which has more than 1,000 scenes that you can stream. You’ll also find links to gay sex cams, a VOD site, and Falcon Studios’ adult DVD store.