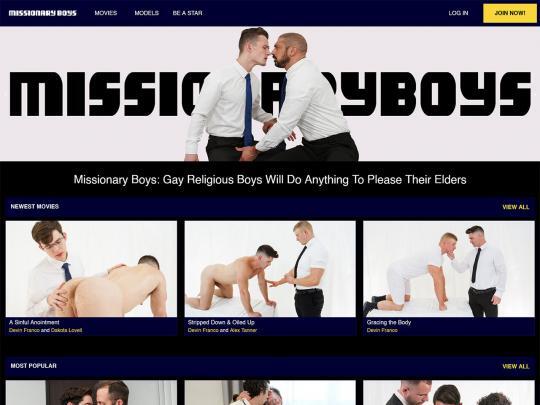 Missionary Boys used to be called Mormon Boyz before, and you might have already heard these names if you’re into taboo gay porn. If you’ve ever had a chance to meet young Mormon missionaries, you already know what type of men you’ll find on this site. The handsome and sexy Mormons that appear in these taboo scenes all seem to be innocent at first, but we all know that appearances are very often deceiving. These young boys have high libidos and they’re neither straight nor disciplined, even though they want to appear that way. None of them are able to control their strong sexual urges, which is why they always end up fucking each other’s in the ass and hooking up with their handsome priests. Now you know you can expect very interesting plots.