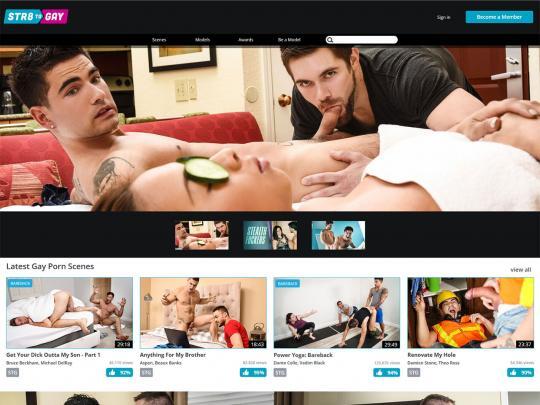 Str8 To Gay has been around for years, and so far they’ve published 600+ videos, all of which can be enjoyed in Full HD. All of its content is original, and you’re also getting galleries with high-res pictures and nice gay bonus sites, but downloads cost extra. Downloads used to be included in the basic membership plan, but now you’ll need to pay an extra 15 bucks a month for them. The update schedule is inconsistent and unpredictable, but not that slow. Sometimes weeks pass without anything new from Str8toGay.com, while in some weeks they add multiple scenes. Moreover, the user interface is solid and the whole site is mobile-responsive. Str8 To Gay provides you with a couple of handy search tools and additional features, so you won’t have any problem searching for porn on this site.