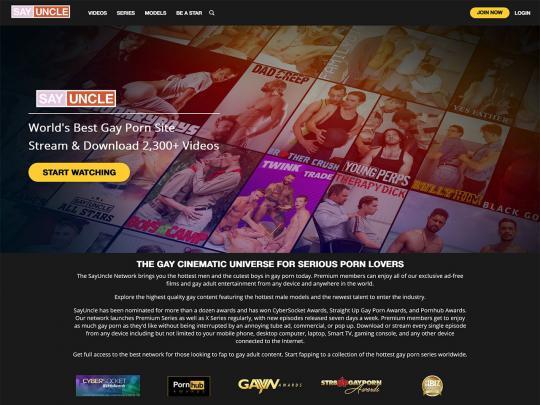 I’ve noticed that the folks at this network like to focus on young/old pairings. But don’t think that they only show you old studs who fuck guys much younger than them. You’ll really be surprised when you see how some of these barely legal jocks can take initiative and dominate men who are older and appear to be way more experienced than them. One of the best things about this membership is that downloads won’t cost you extra. I appreciate the fact that SayUncle doesn’t push you to pay more just to be able to save its content, which is sadly the case on many other premium gay porn sites. You can also bank on a fast update schedule, a mobile-friendly user interface with many handy usability features and some photo galleries that can be saved in Zip sets.